As part of our commitment to providing the best services to both candidates and companies alike, Fiona Watson Recruitment has joined the Recruitment and Consulting Services Association Ltd. This is  is the leading professional body for the on-hire, recruitment and workforce solutions sector in Australia and New Zealand.

The RCSA sets the benchmark for the profession’s standards through representation, education, research and business advisory support so the sector may concentrate on its core business. All Members of the RCSA agree to abide by the ACCC-authorised Code for Professional Conduct.

The mission of the RCSA is to represent and serve the interests of its Members for the increased profile and professionalism of the sector.

This is an interesting article for any company or candidate who questions the value of a recruitment agency – theundercoverrecruiter.com

Whether you’re looking to fill a vacancy in your business or you’re a job hunter, don’t underestimate the power of a recruiting company!

These agencies have come a long way since the days of administering typing tests and only placing “secretaries” in temporary positions. In fact, there’s a big difference between a recruiting agency and a temp agency – sometimes they’re one in the same, but have different departments, but for the most part they’re commonly misidentified as the same thing.

A recruiting agency is often employed by the largest corporations because they have the skills, networks and ability to pinpoint the best candidates for the position — and then secure them. However, there are countless rumors swirling about recruitment agencies and some have been around for decades. If you’re in the position of needing to match the perfect candidate to the perfect job, it’s worth taking a closer look at these agencies.

Here are some of the most common myths about recruiting agencies and why you need to dig deeper.

You certainly can recruit candidates yourself, but have you ever wondered why even enterprises with huge HR departments still work with recruiting agencies? You can get tunnel vision, you have the same network, and it takes a lot of manpower to recruit. Improve your efforts and get more quality candidates quicker.

Recruiting takes two things companies don’t have in excess: A lot of time and specialized skills to dedicate toward just one vacancy. Even if you have an amazing recruitment team and/or HR department, they can’t dedicate the equivalency of a full-time job to filling each vacancy that comes up. A recruitment agency, on the other hand, can.

Actually, you probably can find a recruiting agency in your field and if not, these agencies often cast a wide net and can work wonders whether you’re an SEO professional or a dog groomer. For job seekers, including recent grads like Marie Faulkner, agencies got them a great job when their own efforts failed. She says:

…and that’s as a freshly minted grad.

As more and more “niche jobs” become standardized, recruitment agencies have kept pace. If you’re looking to fill a very specific type of job, a niche recruitment agency might be a better choice. However, it’s worth checking out if an agency has a specialist of department that focuses on what you’re looking for. You might be surprised by what you find. 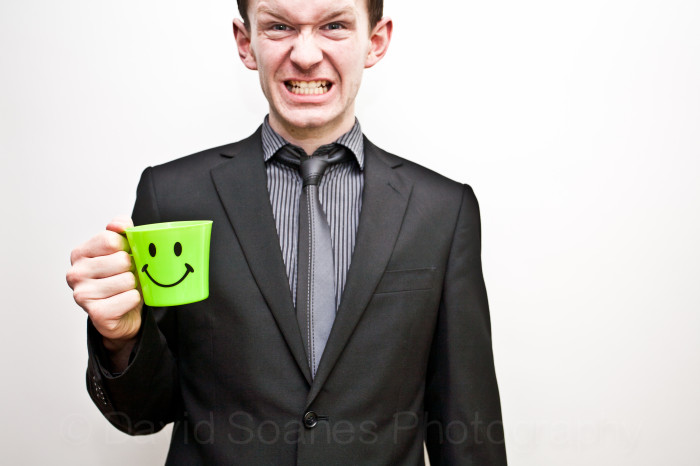 Obviously recruiters get paid for what they do, and if you want the best recruiting agency on your side, that’s going to cost you. However, for candidates it’s totally free and the only person paying is the company that needs to fill a position. Break down the cost-benefit analysis, and ask yourself what the best workers are really worth. In the long run, those commissions aren’t as costly as you think.

ining, time taken out for background checks and interviews all add up quickly. In the grand scheme of things, it can cost several thousand dollars to hire a new recruit, so the commissions of agents are actually pretty comparable.

A recruiter isn’t a magician, and if you don’t put in the effort then even the best agency in the world isn’t going to make a match. If you’re a job seeker, you can still bomb interviews or otherwise turn off an employer. As an employer, maybe you don’t really know what you’re looking for or your hiring team has a penchant for not making the best matches.

However, a good recruiting agency will know if you’re really ready to fill a vacancy or not. If you’re not, then they’ll let you know steps that should be taken before they’ll accept the task. A recruiter wants the same thing you do: the perfect fit for the position, and they won’t compromise just to make a quick fee. Everyone should be happy with the result as this is a symbiotic relationship.

A recruiter can’t do all the work for you, and job seekers certainly have to complete profiles, go on interviews and work with the recruiter. There’s a lot of paperwork on the employer’s side as well. However, agencies streamline these processes. After all, it would be a lot more work to do this solo.

However, that’s like comparing making cookies from scratch vs. making them with pre-made dough. As long as the pre-made dough is high quality, it just speeds things up even though there’s a little work involved form your side.
Is a recruiter your magic bullet? Not necessarily, but they can certainly put you on the fast track to a successful recruitment.

Author: Larry Alton is an independent business consultant specializing in social media trends, business, and entrepreneurship. Follow him on Twitter and LinkedIn.

Having an economy that is not reliant on the mining industry and has seen diversification into more service related industries has ensured that the Gold Coast unemployment rate has stayed below national and state rates. Most recent figures from Gold Coast City show unemployment of 5.69% for the Gold Coast compared to 5.94% across the state.

Despite predictions of higher unemployment, rates stayed steady at 5.8% nationally in April, with job losses felt in the mining industry made up for by job creation in the service industry as companies in that sector seem more confident and are investing in taking on new staff.

The Gold Coast has always followed a slightly different economic cycle than the rest of the nation and whilst it may be gloomy elsewhere, things are looking positive here. Building approvals are up (almost 200% up for commercial building approvals), commercial rental space is at its lowest for years and job advert numbers have gone up for 9 months on a row.

Interestingly, as the number of job adverts are going up so are the number of people applying for those jobs. This signifies not only that there are more jobs out there, but candidates who have kept their head down in the tougher job market of the last few years are now more confident about moving jobs. Although this may not be music to employers ears as they obviously don’t want to lose staff, it does provide opportunities to both  candidates and companies alike.

The increase in job adverts has not just come from established companies replacing existing staff, there has been a significant increase in the number of new growing companies recruiting due to expansion. This is a reflection of the entrepreneurial nature of the Gold Coast, particularly at the moment where companies in industries as diverse as property development, travel and tourism, childcare and IT&T are forecasting healthy growth. Lessons learned during the GFC are giving today’s business leaders the commercial edge which points to the Gold Coast market reaching a level of maturity it has never had before.

We welcome all enquiries from jobseekers and employers.

For those that have worked with me in the past, I look forward to working with you in the future.